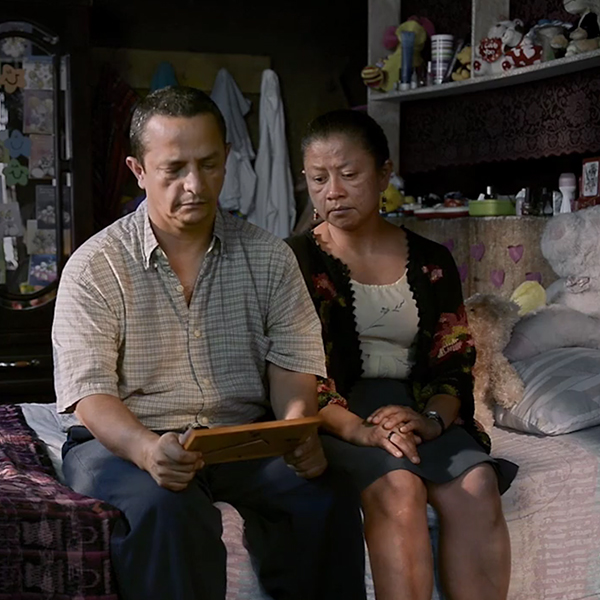 At Letca Films we are very proud to have participated in the realization of this powerful campaign for La Alianza, an organization that fosters and protects abused children in Guatemala. We would greatly appreciate your help spreading the word and helping this cause.

The Austin based cultural branding firm LatinWorks created these concepts to raise awareness about the growing number of girls raped by their family members in Guatemala. Unfortunately this situation has become one of the most serious social issues in the country as thousands of adolescent children are sexually abused by relatives. In 2013 alone, according to The Monitoring Center of Sexual Health and Reproduction in Guatemala, more than 60,000 girls and adolescents between the ages of 10 and 19 gave birth. This equates to 173 pregnancies every day, and 7.2 every hour. Of these 60,000, 4,356 are girls under 14 years of age and 89% of their abusers are family members, and among them, 30% are their own fathers, cited by a study conducted by the PDH (Procuraduria de los Derechos Humanos). These stats are conservative and hide data that was never registered, including a large number of girls who give birth in their homes, especially in rural areas of Guatemala.

La Alianza has partnered with LatinWorks to create this campaign that consists of two videos and La Alianza Ayuda (http://www.laalianzaayuda.org) “Alianza Help,” a Pinterest campaign that will engage the public both domestically and abroad in an effort to raise funds and further the dialogue and response pertaining to the rampant abuse. The campaign, which will be featured at pinterest.com/laalianza, will serve as both an educational tool and fundraising platform.

These two powerful videos, directed by Jorge Colón, represent the harsh reality of many of the girls rescued by La Alianza. Employing a realistic tone these videos attempt to document two situations that, unfortunately, are presently common in Guatemala. The first video, titled “Lost” shows a couple wishing to bring back home their estrange daughter. The father, in a victimized way, talks to the camera about the experience of loosing his daughter to later be unmasked as the reason for the separation.

The second video, titled Lookalike shows us an innocent kid playing while his young mother tells us the similarities between her son and his father. The situation concludes in the sad understanding that the child is the result of the same child abuse hundreds of Guatemalan girls suffer each year.

“La Alianza would like to thank every person who has dedicated their time and energy to make this campaign successful, and the lives of the girls impacted by these efforts will tell us that it was all worth it,” stated La Alianza Director Carolina Escobar. “LatinWorks has put their heart into this campaign. This has been a collaborative effort, joining creative forces from the United States, Guatemala and Mexico, who have all donated their knowledge and resources to draw attention to a reality we’d like to change.”

To maintain the integrity of the victims’ voices, LatinWorks’ approach to the campaign was a completely immersive experience with La Alianza and the many wonderful girls that reside there. As their stories were collected, it was extremely important to preserve their truth through experiences that served as inspiration and the pillars for our mission of spreading true awareness and consciousness about this issue both in Guatemala and beyond.

“We are inspired by the work that La Alianza does to combat this horrific social problem and our campaign’s main objective is to help them spread the word about what is happening in Guatemala. Raising money is crucial to our mission, but bringing these atrocities to light on a global scale is equally important,” stated LatinWorks President Sergio Alcocer.

For more information on La Alianza, visit them online at La-alianza.org.