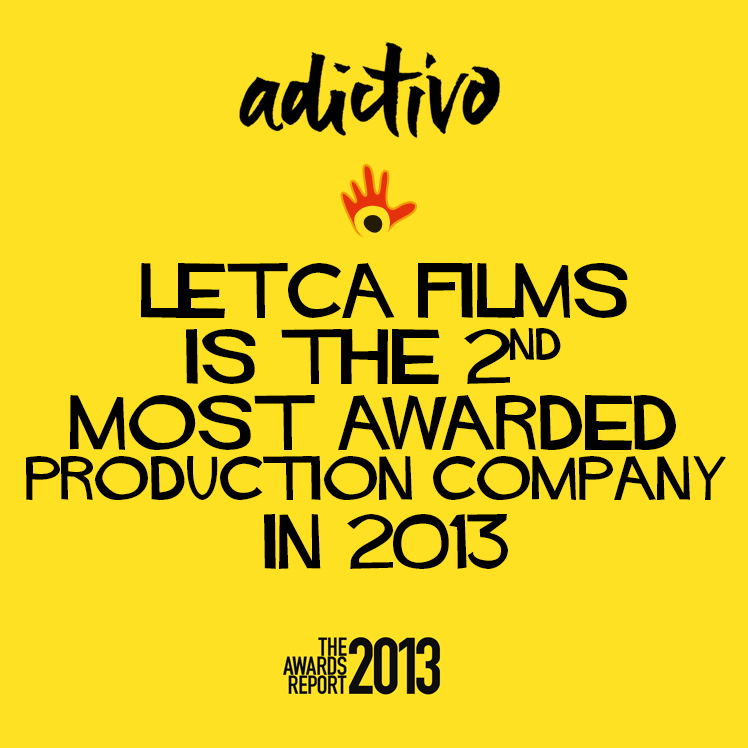 What a great year we’ve had! This was only possible through all the love and support from friends and clients!! THANK YOU!!!!

Adictivo Magazine has released the 2013 Awards Report in which Letca Films figures as the 2nd most awarded production company!!!